However, Monika (48kg) settled for a bronze medal after going down 0-5 to second seeded Alua Balkibekova of Kazakhstan.

The top-seeded Mary Kom dug from her huge reservoir of experience to outwit the sprightly Altantsetseg with her right hook being particularly impressive on the day. The 38-year-old will now be gunning for her sixth gold medal at the continental showpiece, where she will face Nazym Kyzaibay of Kazakhstan. 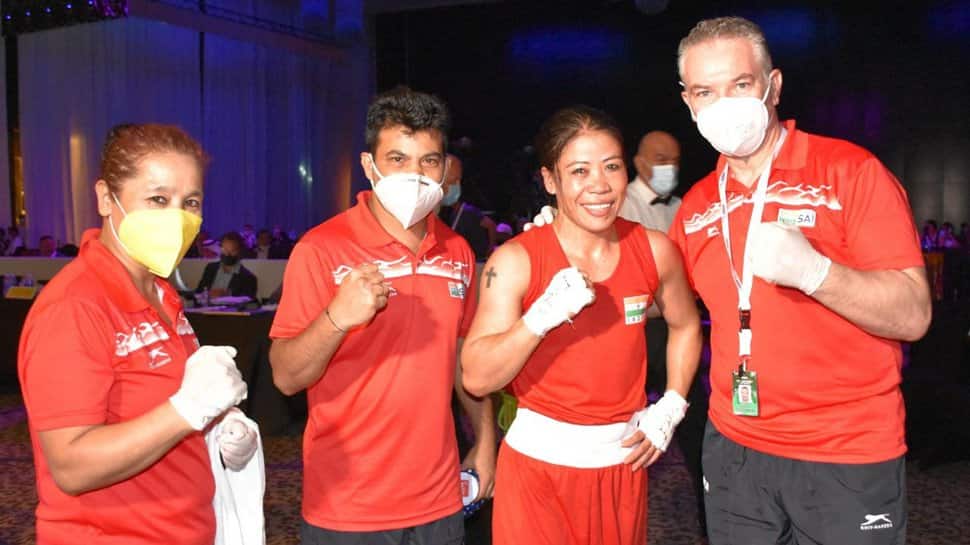 Earlier, in an intense contest, Monika just could not keep pace with Balkibekova, who craftily dodged the Indian’s attacks and connected some eye-catching combination punches to dominate the proceedings.

On Wednesday night, the Olympic-bound Ashish Kumar (75kg) lost 2-3 to Asian Games silver-medallist Abilkhan Amankul of Kazakhstan in the quarterfinal. Also going down in the quarters was Narender (+91kg). He lost 0-5 to Kazakhstan’s Kamshibek Kunkabayev.

On Friday, five Indian men — Amit Panghal (52kg), Varinder Singh (60kg), Shiva Thapa (64kg), Vikas krishan (69kg) and Sanjeet (91kg) — will fight it out in the semifinals.
Of these, Panghal and Krishan are bound for Tokyo Olympics.